Migration of tools and methodologies for performance prediction and efficient HPC on cloud environments: results and conclusion

Progress in the parallel programming field has allowed scientific applications to be developed with more complexity and accuracy. However, such precision requires greater computational power in order to be executed. How- ever, updating the local systems could be considered an expensive decision. For this reason, cloud computing is emerging as a commercial infrastructure that allows us to eliminate maintaining the computing hardware. For this reason, cloud is promising to be a computing alternative to clusters, grids and supercomputing for executing these applications. In this sense, this work is focused on describing the manner of migrating our prediction tool PAS2P (parallel application signature for performance prediction), and how we have to analyze our method for executing SPMD ap- plications efficiently on these cloud environments. In both cases, cloud could be considered a huge challenge due to the environment virtualization and the communication heterogeneities, which can seriously affect the application performance. However, our experimental evaluations make it clear that our prediction tool can predict with an error rate lower than 6,46%, considering that the signature for prediction represents a small portion of the execution time. On the other hand, analyzing the application parameters over the cloud computing allows us to find through an analytical model, which is the ideal number of virtual cores needed to obtain the maximum speedup under a defined efficiency. In this case the error rate was lower that 9% for the application tested. 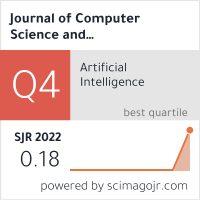